Do you have a closet in your office that looks something like this? Many businesses, especially small and mid-sized businesses, still have tower servers sitting in server closets or in messy IT rooms. If you’ve outsourced your IT then you and the other staff probably don’t touch the server unless it’s an absolute emergency. An absolute emergency is when nothing is working and the outsourced IT can’t be reached or can’t get there until end of the day. That’s when the most tech savvy among you in the office tries his or her hand at it or you’re at the mercy of Dell or Microsoft or your cousin’s best friend.

Don’t worry, these things are on their way out. On premise servers are prone to failure, difficult to maintain, difficult to backup, overheat easily and often have power and security issues. That’s why most large business has moved to the more stable environment of the cloud or a datacenter in the last five years and in the next few years small business will take the same path.

What does it take to get rid of your on premise servers? 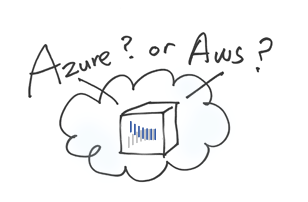